A group of protestors gathered in front of a Maltese courthouse on Friday to demand the release of two Turkish asylum seekers who has recently been sentenced to 6 months in prison by a court in Malta over use of forged travel documents. 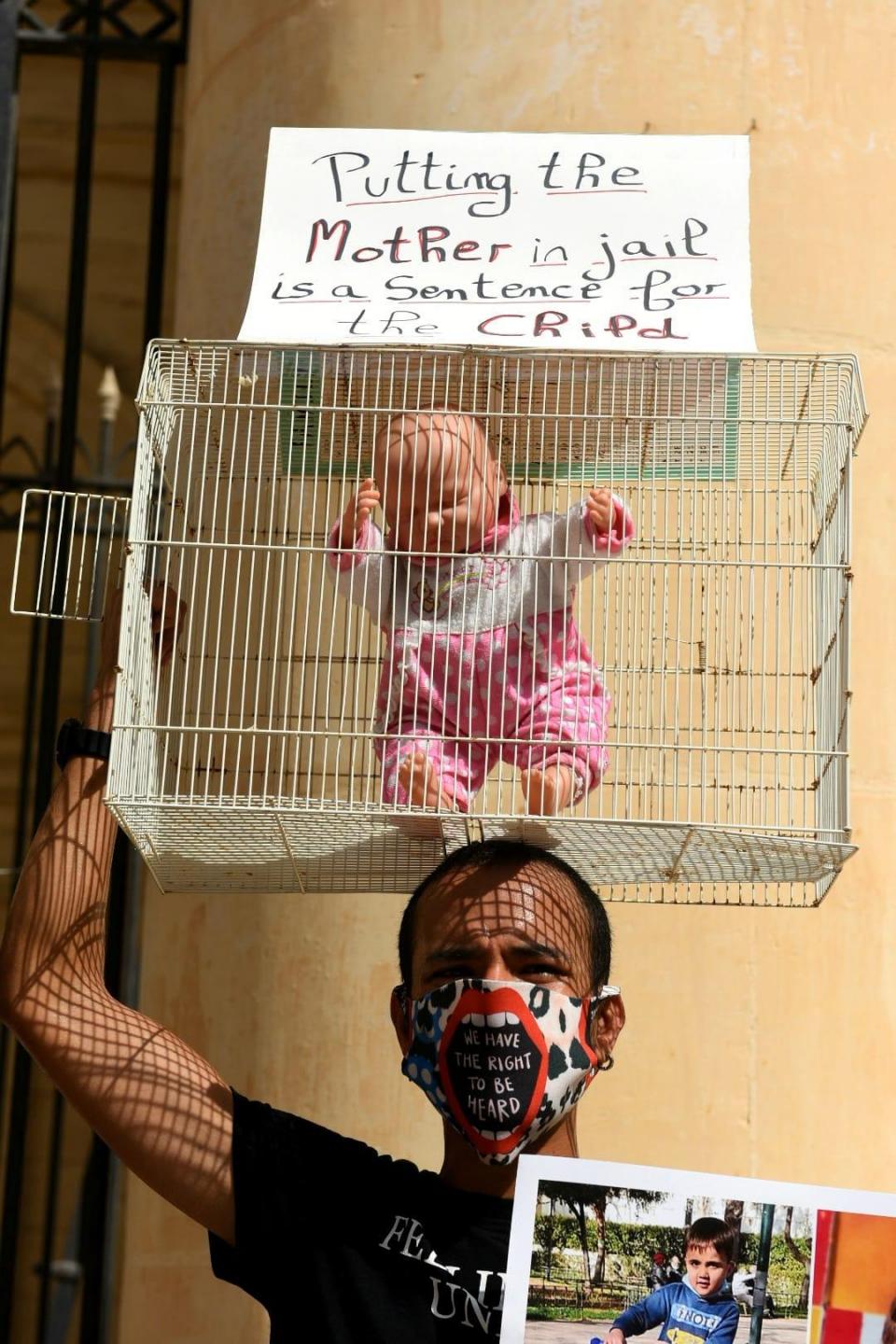 According to the Malta Times news portal, the protest was attended by members of Movement Graffitti, the Maltese Association of Social Works, Aditus Foundation as well as former President Marie Louise Coleiro Preca as president of Euro Child, a network of organisations and individuals working with and for children in Europe.

Two Turkish citizens named Rabia Yavuz, 27 and Muzekka Deneri, 29, who fled Turkey to avoid prosecution over trump-up terror charges, were sentenced to 6 months in prison  by a court in Malta last week over use of forged travel documents. They were reportedly caught by the Malta authorities while on a connecting flight to Belgium.

The two women said during the trial that they initially fled Turkey to Greece via unofficial means and stayed there for over 11 months at a refugee camp.

“However, we were delayed through complicated bureaucratic paperwork for 11 months. We eventually came to understand that it was impossible to seek refugee in Greece and thus decided to move to another country. However, my family is completely broke as I’m in prison in Malta, my wife is in Greece and my 4-year-old kid is placed at a children protection institution,” one of the woman said.

The purge-victim women’s children were taken into a temporary protection by the Malta authorities.