A group of social media users, including pro-government academics and journalists, in a Clubhouse chat room have agreed on the “necessity” of potential elimination of imprisoned Gülenists through “cheap poison that would not be a burden on the state budget.”

In the chat room, created by Furkan Bölükbaşı, an Erdoganist teaching assistant working at İstanbul’s Marmara University, he suggested that thousands of prisoners, Gulenists in particular, were increasingly becoming a burden on the state and thus they were needed to be eliminated in the most effective manner.

“They should be killed through a kind of cheap poison that would not be a burden on the state budget,” Bölükbaşı suggested. 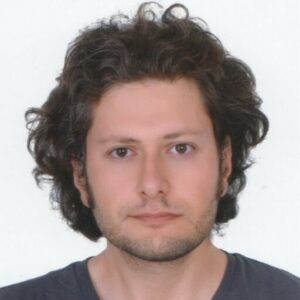 In similar tone, Mustafa Aydın, another AKP supporter in the chat room who has pictures of himself with President said that he was highly disturbed by the fact imprisoned Gulenists were being fed through citizens’ taxes. “Why is the state feeding them in prison with my taxes? We should not give them meals. They should eat each other instead. We should destroy them altogether. It’s not a crime, anyway. We used to poison dogs in the past, we should do the same [with them],” he said.

The Turkish government accuses the Gülen group of orchestrating a failed coup in July 2016, although the group denies any involvement.

Another moderator named Akif Şükür supported Aydın’s argument, saying all it takes to poison Gulenists was a “brave cook” working at prison kitchen. “It all depends on a bottle of poison being added to meals by a brave prison cook. If such a cook does this, I swear I’ll look after his family,” Şükür said.