Mehmet Yeter, a 70-year-old inmate at Turkey’s Samsun prison, died of coronavirus, according to health officials.

Yeter’s death is the first reported in the country as a result of the virus.

Turkey has a total of 384 prisons.

These overcrowded, unhygienic prisons are a perfect breeding ground for the COVID-19 pandemic .

According to the Bold media, Yeter was hospitalized on March 16, and had a foot amputation due to diabetes on March 23. Only three days later, he was sent back to the Samsun L Type prison, where he reportedly contracted coronavirus.

The man was laid to rest without any notice to his family.

Yeter’s son, Ferhat Yeter, also confirmed the death of his father on Wednesday, saying that the family was not informed about it. 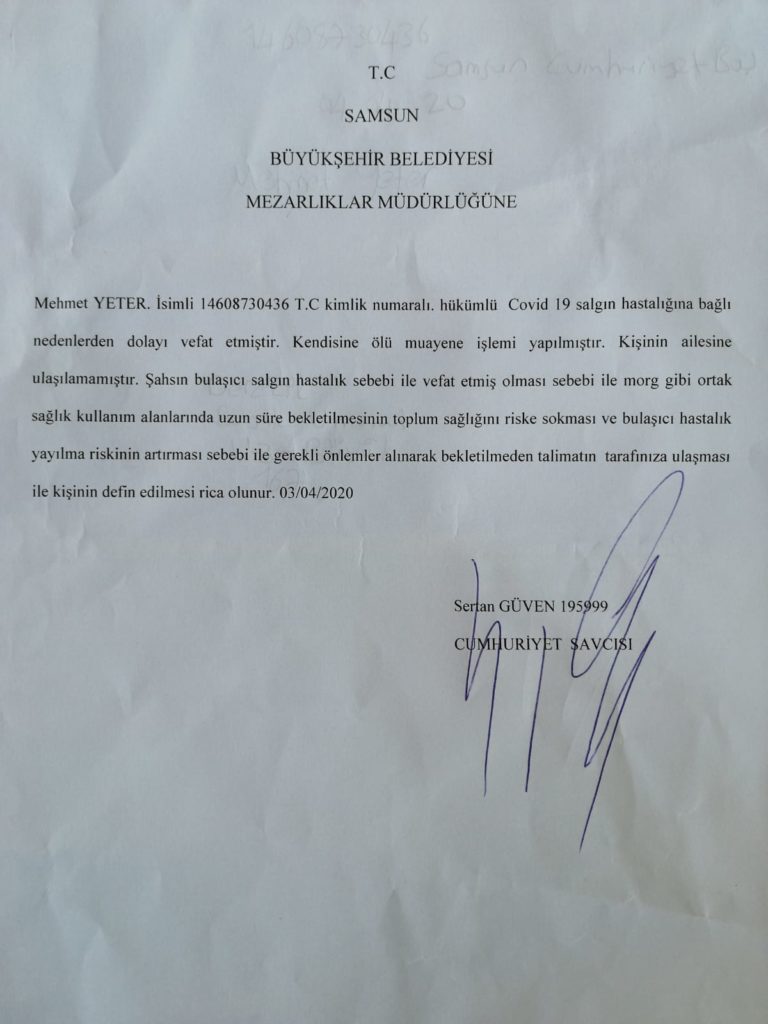 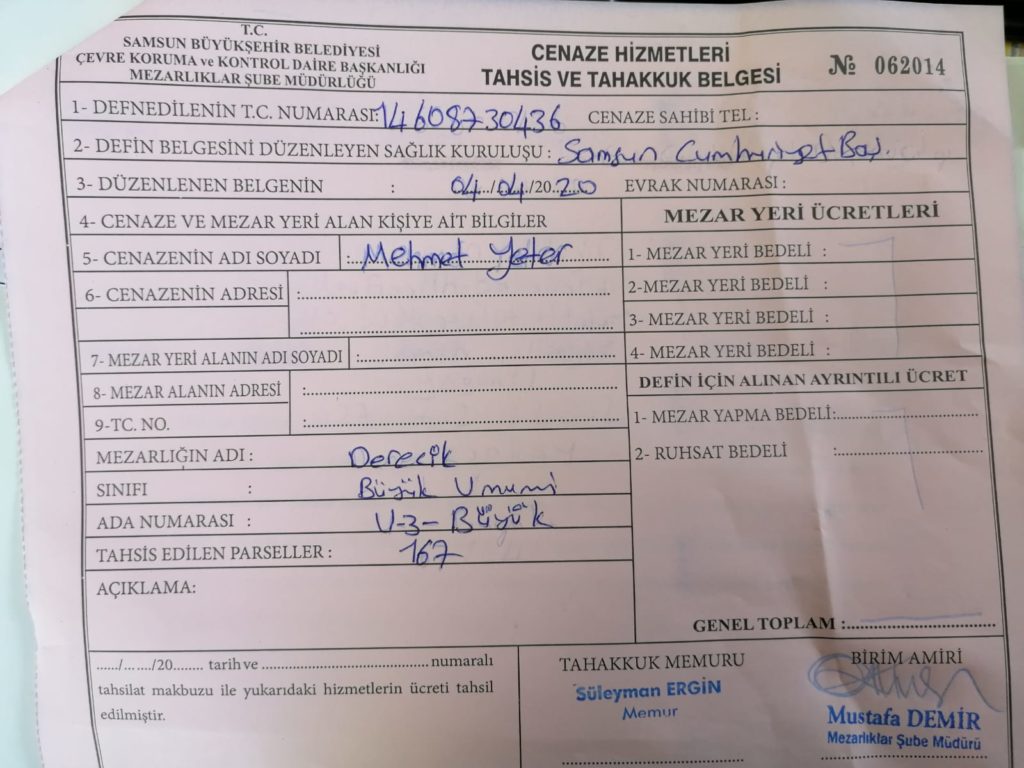